We would like to thank USA Rugby and Mr. Erik Geib, who serves as the National Competitions Committee Chair that coordinates all club competitions. 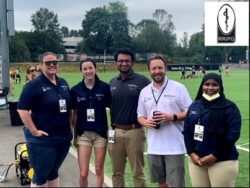 We were honored to be represented at the 2021 USA Rugby National Club Championships, Seattle WA, 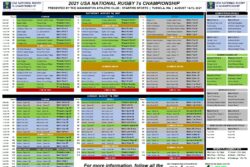 The 2021 USA National Rugby 7s Championships will be presented by Washington Athletic Club. 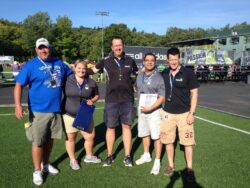 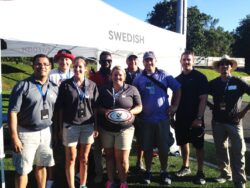 USA National Club 7s is a division for men and women, where qualifying teams play in qualifying tournaments across the USA, to ultimately compete for the Club 7s National Championships. (2020 CLUB 7s WAS CANCELLED)

The Regions are as followed:
EAST

Planet Sevens does more justice to this event

USA Rugby announces the return of their National 7s tournament in Washington as vaccines for the Covid-19 virus continue to roll out. USA Rugby released this statement saying:

Starfire Sports in Tukwila, Washington, home of MLR’s Seattle Seawolves, has been selected as the venue for the 2021 USA National Rugby 7s Tournament, to be held August 13-15. The tournament shall be presented by the Washington Athletic Club, who is the event’s primary sponsor.

Located just south of Seattle along the banks of the Green River, Starfire was previously the host of the 2014 National 7s Championship – which was the first major rugby event to be held in the venue. The 2014 event was also considered one of the most successful versions of the tournament, as it featured full stands, tightly-competitive matches, and an environment like no other. The complex features a 4,500-seat stadium as well as 11 other outdoor fields and is located just 4 miles from the Seattle-Tacoma International Airport – which in 2019 was the nation’s 8th busiest airport.

“Over half the Eagles in the 2016 Olympics played in the National 7s Tournament – and many of them were first discovered there,” noted Erik Geib, who serves as the National Competitions Committee Chair that coordinates all club competitions. “And in 2018, every single player on the Men’s 7s team that won the Vegas stop on the World Series had played at the National 7s.”

The National 7s Tournament is also the marquis tournament for summer rugby competition in the U.S., as thousands of college players pour into 7s programs to participate in qualifiers for the event. This was further emphasized by Geib, who previously served as USA Rugby’s Club Department Manager and interim COO, as well as one of two Competition Managers for the 2018 Rugby World Cup Sevens in San Francisco.

“The college-to-club connection that is created from summer 7s is a really special thing,” Geib continued. “I believe that club rugby is the backbone of rugby in the United States, and to see clubs get stronger from these competitions is a win for everyone.”

The Washington Athletic Club, which sponsors both men’s & women’s 7s teams (including the 2019 Men’s National Champions), as well as college rugby’s prestigious Scholz and Sorensen awards, will serve as the event’s presenting partner. Hosting efforts are being led locally by Tony Ridnell, who is serving as the host committee’s Tournament Director.

“We are delighted to host the Club 7s Championships in Seattle this year,” commented Ridnell, a former CEO who has been based in the Seattle community for decades. “Coming out of the pandemic, we all want to see quality rugby and more importantly – quality events. Starfire Sports is a proven host facility, and the City of Tukwila has become a significant rugby contributor in recent years. Thanks as well to the Washington Athletic Club (WAC) for their continued support of rugby in the Pacific Northwest.”

Ridnell, a former Eagle who played in three Rugby World Cups, also played for legendary USA Rugby coach Emil Signes, whose name adorns the signature trophy for the event. Signes is remarkable in that he coached both the men and women’s national teams, and he was arguably instrumental in Rugby Sevens becoming an Olympic sport through his continuous advocacy of treating the women’s game as equal to the men’s.

As the United States emerges from the COVID-19 pandemic that has largely shut down competitive rugby for much of the past year, this year’s National 7s Tournament will be formatted differently from those in the past. Constructed as an invitation-qualification hybrid event, the goal is to see as many teams possible at this year’s capstone event.

Kent previously served as USA Rugby’s National 7s Commissioner and is serving with Scion Rugby founder Joanne Liu as co-chair of the National 7s Working Group for this year’s event.

Teams that are interested in competing at this year’s National 7s Tournament must complete the National 7s Competition Team Enrollment Form, also known as the National Intent to Participate Form, by June 23. Eligibility regulations & more information for this year’s event is available at usa7s.rugby or usaclub7s.com.