The USA Rugby Club 7s National Championship is the premier domestic sevens tournament, and has been the launching point for many Eagles and Olympians to get on the national radar, including Perry Baker, Maka Unufe, Ben Pinkelman, Kelly Griffin, Kathryn Johnson, Jessica Javelet, and Taku ‘Zee’ Ngwenya. A majority of the Olympians who went to Rio 2016 have also played at the Club 7s National Championships – including a handful who’ve made 5+ appearances.

We were honored to be represented at the 2022 USA Rugby National Club Championships, St. Louis, MO 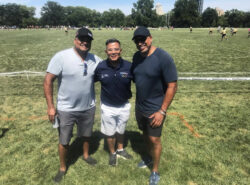 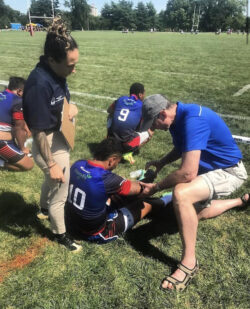 We are excited to be at the National Club 7s tournament with Dr. Scott Kaar from Saint Louis University Orthopedic Surgery. 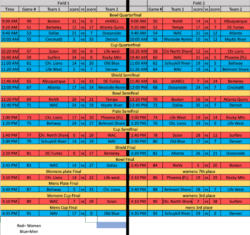 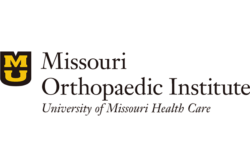 Dr. Gross specializes in sports medicine, particularly ailments and injuries of the shoulder, knee, and elbow. He is also proud to be a minority physician, and is involved in many minority mentorship programs, including Youth Life Line. He is the Team Physician for Lindberegh High School and the St. Louis Bombers Rugby Football Club, in addition to being the Team Orthopedist for the Saint Louis Cardinals. Prior to becoming a world-class physician, and named as one of the Best Doctors in America since 2007, Dr. Gross was an incredible athlete. He was named the 1986 MVP of Cornell Football, played for the USA Rugby East Sevens All Star Team from 1991-1992, and played in the USA Rugby National Club 7’s Championships from 1993-1998. His background as an athlete allows him to truly understand the conditions he treats, and provide the best care possible for his patients.

Dr. Mahesh Bagwe is a board certified orthopedic surgeon specializing in ailments and injuries to the knee, ankle, and foot and is fellowship trained in all surgical techniques of the foot and ankle.  Dr. Bagwe is a former team physician and consultant for the St. Louis Cardinals. He played Rugby for both the St.Louis Ramblers and the Lincoln Park Rugby and is an active board member of the St. Louis Sports Commission. His participation in high-level athletics, both college and beyond, gives him the advantage when treating his patients to understand the mechanism of the injuries he treats. Dr. Bagwe serves the St. Louis area through his practice at The Orthopedic Center of St. Louis and enjoys providing the best possible care to this community.

USA National Club 7s is a division for men and women, where qualifying teams play in qualifying tournaments across the USA, to ultimately compete for the Club 7s National Championships.

The Regions are as followed:

ST. LOUIS, MO (August 13, 2022) – The USA Rugby Club Council and tournament organizers have confirmed the qualified teams and match schedule for the 2022 USA Club Rugby National 7s Championship to be held at Emerson Central Fields in the heart of St. Louis, MO. Following a major renovation in 2019, the multi-pitch venue is primed to host a quality few days of rugby sevens as the annual Senior Club event kicks off, August 13-14. The full tournament is free admission for those attending in St. Louis and will be streaming live for free on The Rugby Network.

The Men’s and Women’s Signes Cup will fill the match schedule this year, with 2021 Women’s Champions Scion Rugby and Men’s Champions Chicago Lions returning to the field as two of 32 teams slated to compete; 16 to the Women’s bracket, and 16 to the Men’s bracket.