Dr. Victor Lopez Jr, and board members of the Rugby Research and Injury Prevention Group, affiliated with Hospital for Special Surgery, SPRINZ/Auckland University of Technology, Research Associates, and members of the Rugby Codes Research Group have been fortunate to be sanctioned by United World Sports, USA Sevens to attend this event and conduct injury surveillance over the multiple years while this event has expanded. To ideally add to our AUT/SPRINZ rugby-codes on-going project, on the USA North American Rugby-7s RISERugby injury surveillance project and its injury preventive-potential injury data. 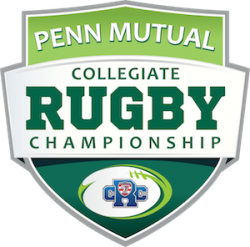 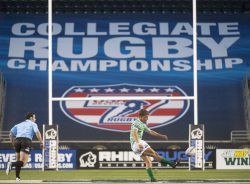 The 2018 Penn Mutual Collegiate Rugby Championship will mark the eighth consecutive year that the event has been held in Philadelphia and at Talen Energy Stadium, bringing national and International attention to the region through the live broadcasts on the networks of ESPN. 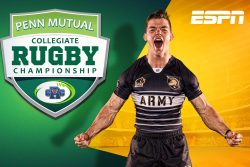 The three-day rugby event is one of the largest gatherings of collegiate and high school rugby teams in the world. Penn Mutual is in the fourth year of a title sponsorship for the event, and over 30,000 fans are expected for this year’s championship tournaments.

The annual event features the nation’s top 24 men’s collegiate rugby 7s teams and the top 16 women’s college teams, and includes a regional competition with a six-team field vying for a spot in next year’s main bracket; the National Small College Rugby Organization (NSCRO) national championship; as well as a national high school tournament with both boys’ and girls’ teams. 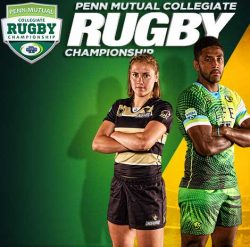 The Men’s CRC division features teams from around the United States competing in pool play on Saturday, June 2, before competing in the knockout stages of the event on June 3 in the stadium. To see the full list of teams, start times for each match and standings, click here.

The Women’s CRC division will begin pool play on Friday, June 1, out on the training fields, while the knockout stages of the event take place on June 2. The Women’s CRC finals and consolation game will be played on June 3 inside Talen Energy Stadium. To see the full list of teams, start times for each match and standings, click here.

In an effort to promote rugby at smaller schools around the country, the CRC also hosts a National Small College Rugby Organization 7s championship. The games will kick off round-robin style with two pools of four playing three matches each on Saturday. Pool play begins on June 2, while the finals and consolation rounds will be on June 3. For more information about the 7s tournament, click here.

The challenger championship will take place on June 2 at the stadium and Union training fields, followed by the semi’s, finals and consolation rounds on June 3.

The interest in Rugby Sevens (also known as Sevens Rugby) continues to grow after the return to the Olympic Games in 2016, following a 92-year hiatus. The Penn Mutual Collegiate Rugby Championship is America’s national sevens championship and serves as the centerpiece of a nationwide effort to build American rugby talent for competition on the International stage. Over the past eight years, the event has produced over 30 players who have gone on to play for the U.S. National teams.

From its early broadcasting live on NBC, this event will now be streamed on ESPN and has helped popularize the sport, following the 2009 announcement of the addition of rugby to the Summer Olympics.

The Collegiate Rugby Championship has become a major media attraction, as rugby has grown in popularity, participation and interest. The NBC’s inaugural broadcast of the 2010 CRC was the first time college rugby had been featured on live network TV in the United States. NBC Sports Programming President Jon Miller said in response to the broadcast, “We’re hoping to see continued growth in the ratings and the attendance. We like the sport a lot, and we’ve given it a great time period and a real plumb position on our schedule.”  Thanks to the reception of NBC’s CRC broadcasts, the tournament has gained such blue chip corporate sponsors as Geico, Subway, Toyota and Bud Light. Over 17,000 fans turned out to watch the 2011 CRC tournament, which increased to 18,000 fans in 2012. It has steadily increased since then, with over 27,000 in 2016. Penn Mutual life insurance company announced in 2014 a multi-year title sponsorship of the annual championship, which now is titled the Penn Mutual Collegiate Rugby Championship.

Because of the popularity of the Collegiate Rugby Championship, scores of schools have begun offering a rugby sevens program. In particular, the rugby program at the University of Texas in prior years, has “raised an additional alumni monies, landed a new apparel sponsor, and have been contacted by 90 students (including two DBs from the football team) who want to play rugby.” Additionally, smaller schools with strong rugby programs have benefitted from the exposure of participating in the CRC.

The boys and girls high school championship tournament in the 2018 Penn Mutual Collegiate Rugby Championship will be hosted in Chester County’s Brandywine Valley.  The cream of the crop of boys and girls’ rugby 7s high school and club teams have been invited to Philadelphia this year for the 2018 Penn Mutual Collegiate Rugby Championship, set for Friday, June 1 through Sunday, June 3 at Talen Energy Stadium in suburban Philadelphia. Those high school and club teams represent 10 states including California, Colorado, Connecticut, Delaware, Maryland, New Jersey, Pennsylvania, Texas, Utah and Wisconsin.

There are an anticipated 40 teams, comprised of approximately 600 high school rugby players, expected to participate in the weekend-long event. Friday’s competition includes play-in games and recruiting opportunities at the Greater Chester Valley Soccer Association Complex located at 137 Line Road in Malvern. Saturday and Sunday, the competition moves to the Talen Energy Stadium complex, with the championship matches taking place in the stadium.

“We are excited and confident in Chester County’s ability to host an outstanding event,” said Rich Lisk, local Tournament Director for UWS. “Like rugby at all levels in the U.S., the Penn Mutual High School Rugby Championship has continued to grow exponentially each year. As a result, we needed to find a way to accommodate this growth and set a path for even greater future high school participation.

Families attending will also enjoy the natural beauty of the Brandywine Valley. As they travel around they will encounter some of the regions most unspoiled spaces. And after matches players and their families will find amazing restaurants, fun “downtowns” and incredible attractions such as Longwood Gardens to explore and enjoy.

“Chester County is excited to be chosen as the location for the National Rugby High School Championship,” said Nina Kelly, Director of Marketing and Communications for Chester County’s Brandywine Valley. “We have an ever-budding high school athletics scene here, and we are thrilled to have the opportunity to host this premier event. Working as a team with the local tournament directors, we are confident that we will put together an unforgettable experience for the players and their families.”

United World Sports (UWS) is the largest commercial rugby entity in the United States, and the owner and operator of a growing portfolio of dynamic sports, media and apparel brands including, the USA Sevens Rugby international tournament, the largest professional rugby event in North America and the Penn Mutual Collegiate Rugby Championship, the premier college 7s rugby championship. Through its apparel division, UWS owns the exclusive North and South American license for Rhino Rugby, one of the world’s leading rugby apparel and equipment brands. UWS also owns and operates RugbyToday.com, the largest and most widely read media destination dedicated to American rugby. Additional information is available at http://www.unitedworldsports.com.

Since 1847, Penn Mutual has been committed to helping people live life with confidence. At the heart of this purpose is the belief that life insurance is central to a sound financial plan. Through our network of trusted advisers, we are dedicated to helping individuals, families and businesses achieve their dreams. Penn Mutual supports its advisers with retirement and investment services through Hornor, Townsend & Kent, Inc. Registered Investment Advisor and wholly owned subsidiary. Member FINRA/SIPC. We are proud to work together in a values-driven and relationship-based culture. Visit Penn Mutual at www.pennmutual.com. 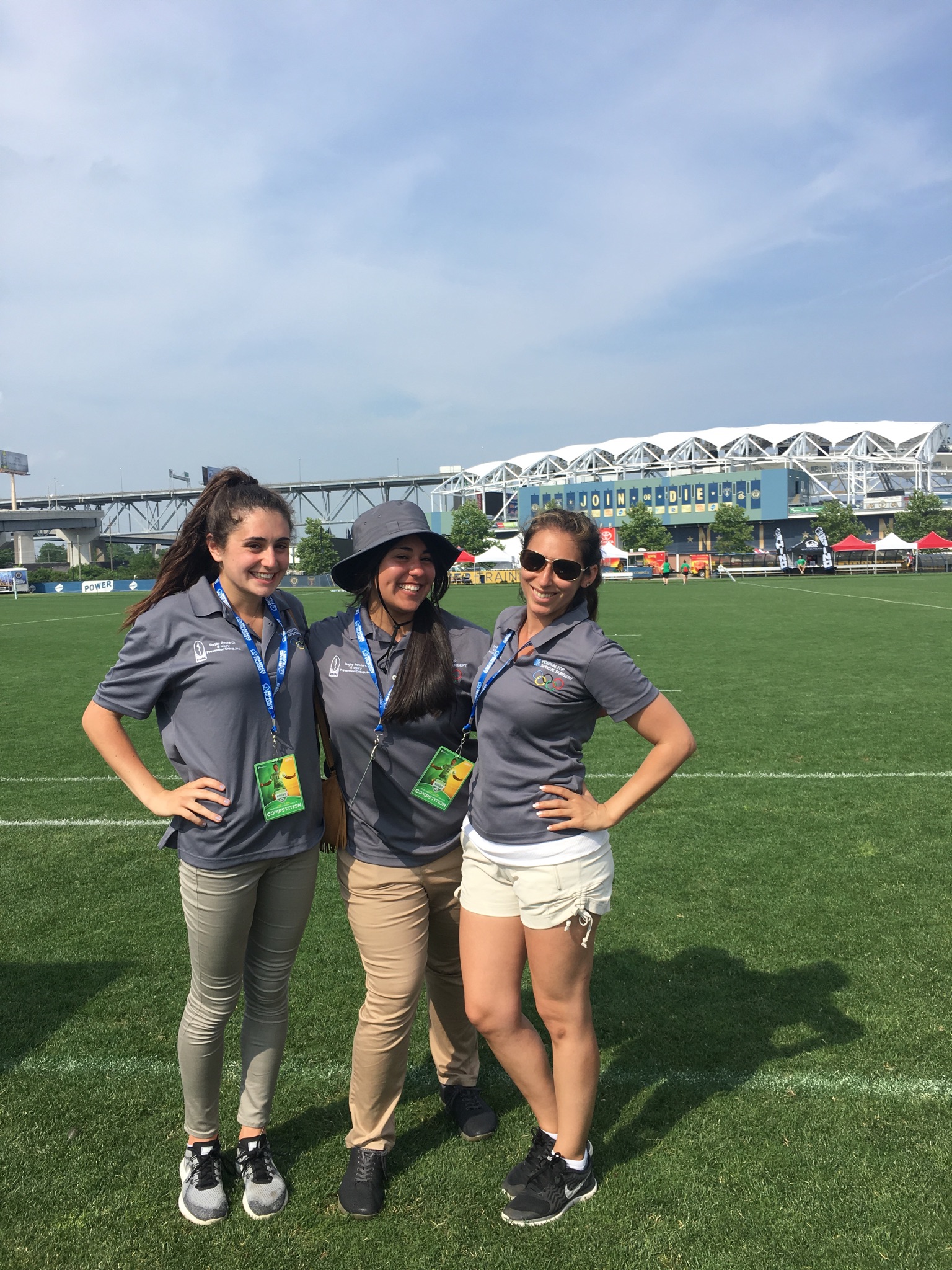 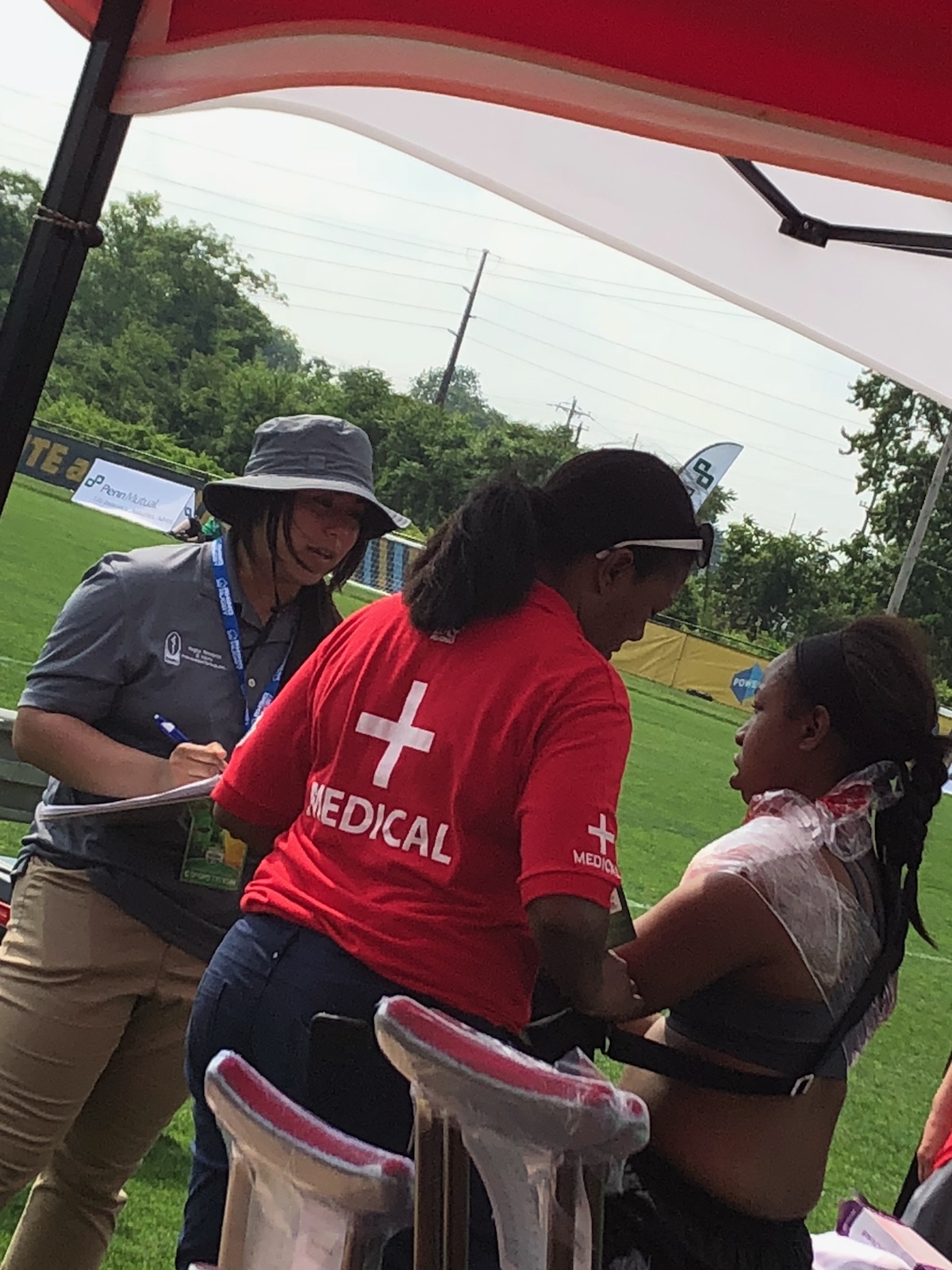 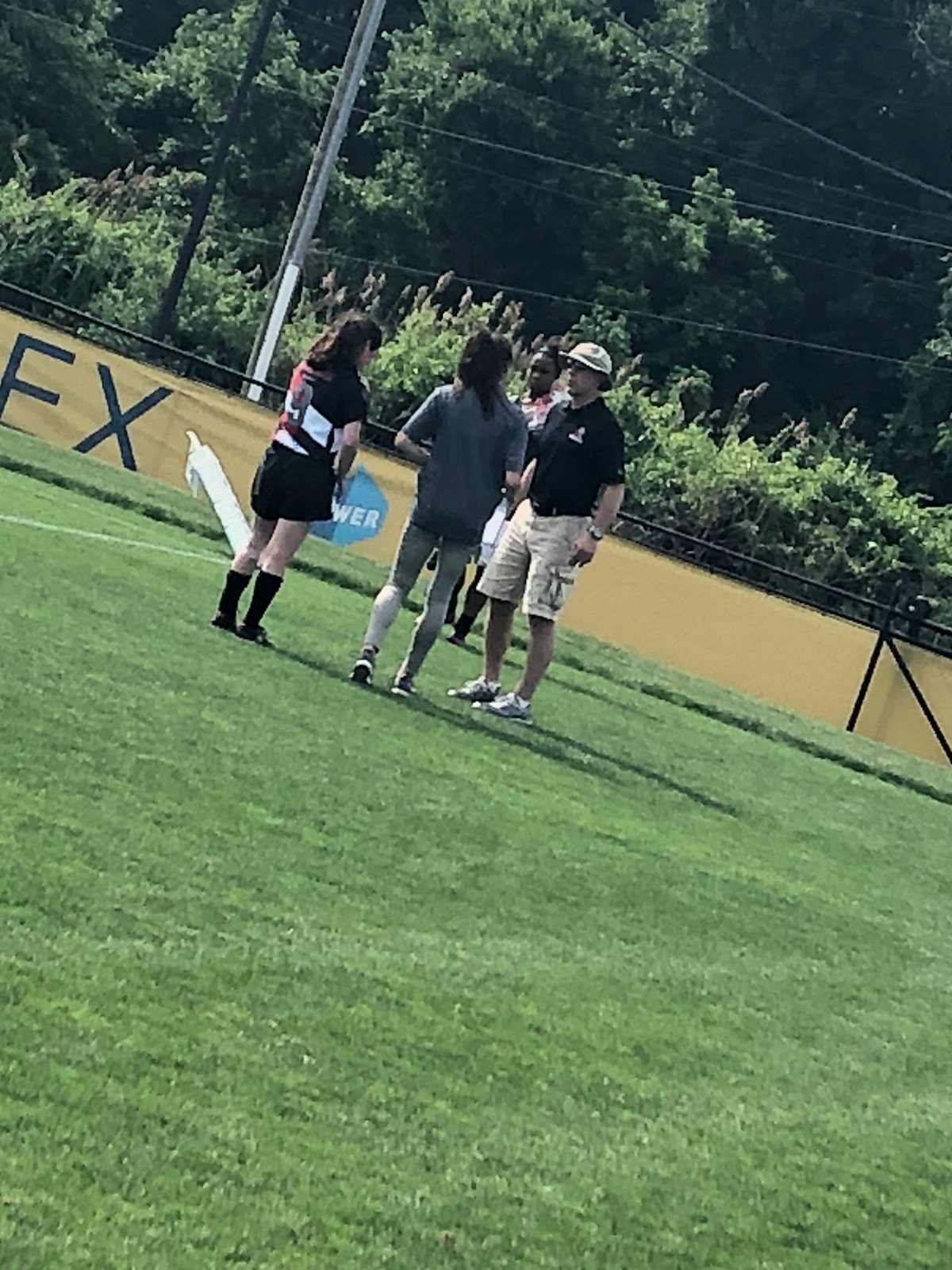 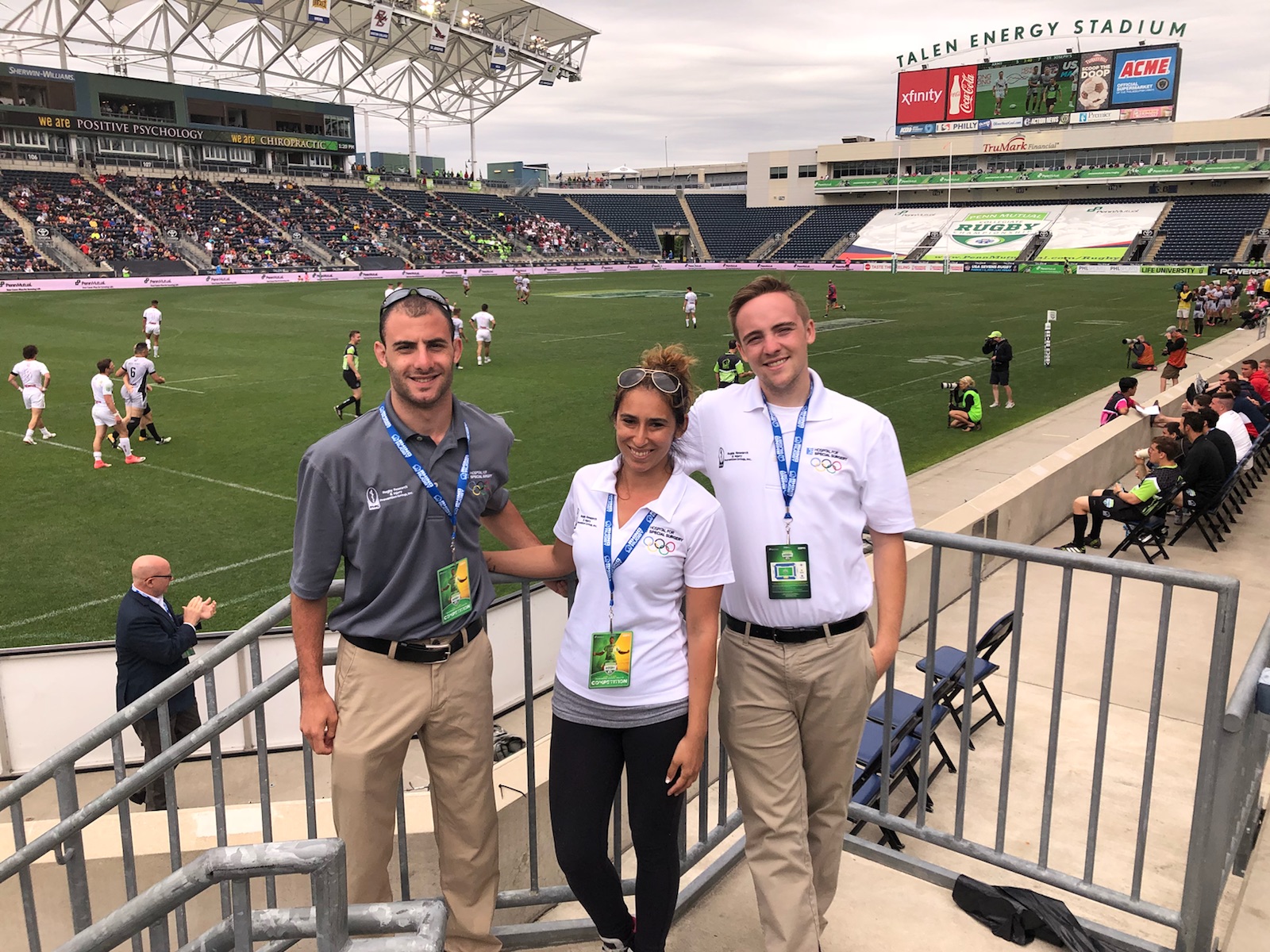 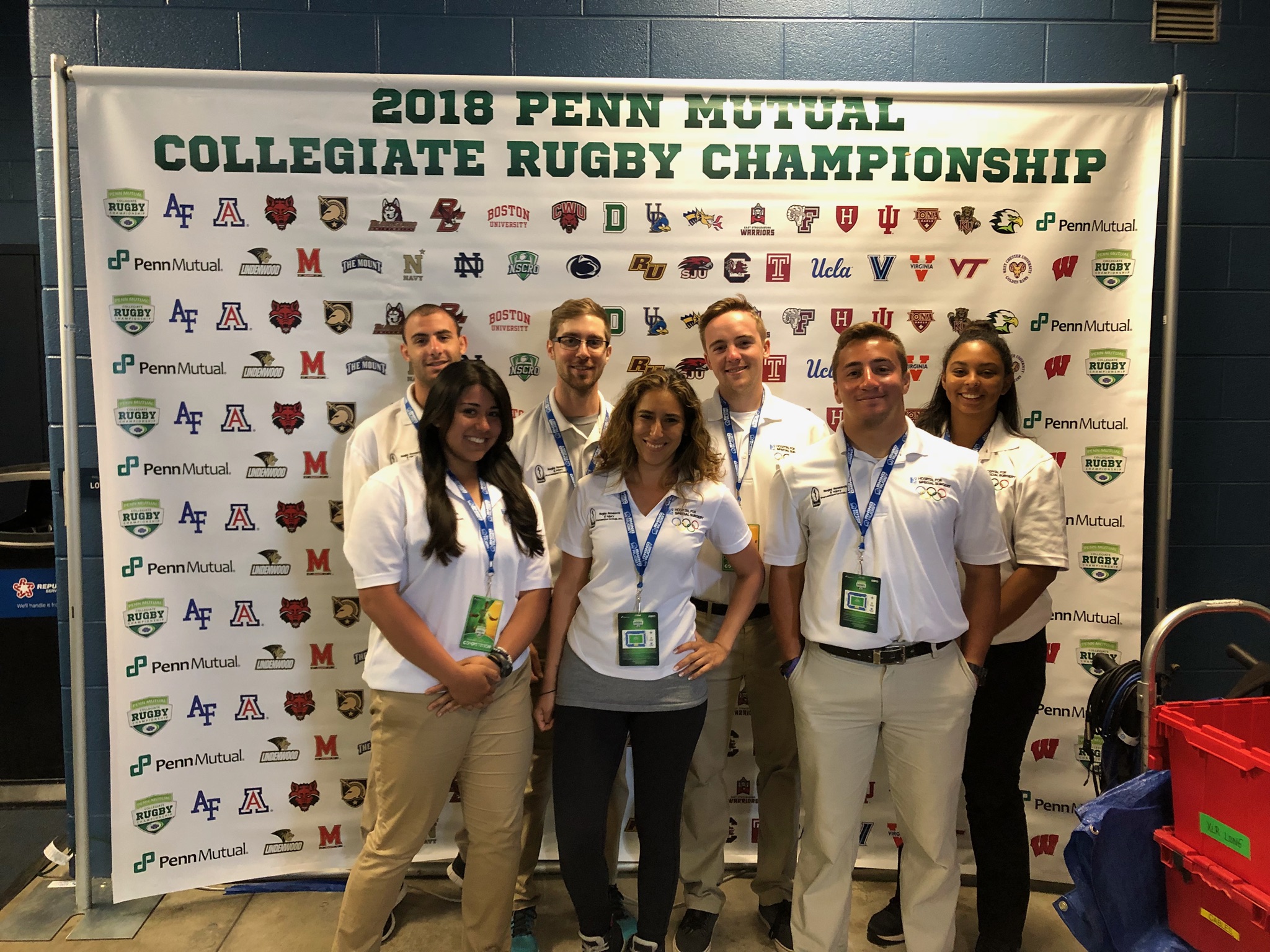